For six weeks over the summer vacation, I worked as a LuCiD Intern at Lancaster University Babylab under the supervision of Dr Jacky Chan, who specialises in Developmental Psychology and Psycholinguistics. Over this time, I contributed towards two of Jacky’s on-going research projects. I also attended and helped set up the 7th Annual Lancaster Conference on Infant and Early Child Development (LCICD22).

The first project I supported aims to investigate the factors that influence young children’s processing of relative clauses when they are spoken aloud. Specifically, the project focuses on two characteristics of nouns – 1) whether an object is referred to by its name or a pronoun, and 2) whether the object is mentioned previously – and looks at how these characteristics affect children’s processing of subject and object relative clauses. The study includes an initial testing phase using an eye-tracker and button press to record children’s behavioural response. It also requires participants to complete a standardised language test (the Clinical Evaluation of Language Fundamentals Preschool-2) and a working memory test (the Missing Scan Task) a week later. My role spanned from advertising for potential participants (designing a professional study poster) through to processing the audio stimuli for the study (time-stamping relevant information). I also received training on how to administer the standardised language test and working memory test.

The second project was on infants’ ability to categorise objects. This research aims to understand how 6-month-olds form object categories from visual stimuli which are either presented in silence or with a ‘beep’ noise. My main role was to conduct the eye-tracking study independently in the lab. This included arriving to the lab early to set up the eye-tracking software and preparing all forms to hand out to the participants. During the visit itself, I welcomed parents and their infant to the lab, explained to parents what the study was about and then ran the eye-tracking study. I also created a leaflet to advertise the study on the Babylab Facebook page and recruited participants through the participant database.

In the final week of my LuCiD internship, I helped set up and attended LCICD22 (24-26 August, 2022). In the run up to the three-day conference, I helped produce the signage, ID badges, and various decorations for the event. During the event, I was privileged to have the opportunity to listen to internationally recognised speakers, which gave me a glimpse into the world of research. One particularly interesting finding presented at the conference was from a talk by Luis Munoz from the University of Oslo, Norway. His group investigated how season of birth affects young children’s language production and language comprehension. They found that children born in the autumn or winter months tend to have a larger vocabulary size at 12 months of age compared to those born in early summer, but this effect fades by 24 months of age. Their findings suggest that seasonal variations on language development are present before school enrolment. They argued that these seasonal variations could be due to psychopathological factors during pregnancy (e.g., vitamin D deficiency during the winter months). 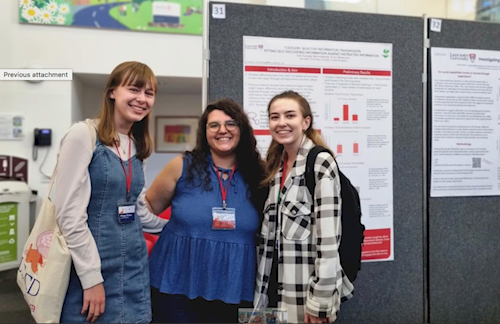 Overall, I am immensely grateful to have been given this opportunity and thoroughly enjoyed my experience as a LuCiD intern, working on both Jacky’s projects and attending LCICD. Having the chance to run studies completely independently with young infants and learning how to use new technology (such as eye-trackers) as well as recruiting participants through the Babylab database has been a really rewarding experience. This has helped me to better understand the processes of conducting research and boosted my confidence when working independently. I believe that these skills and confidence in conducting research will be very helpful when I undertake my dissertation project in my upcoming final year as an undergraduate. I would like to thank my supervisor Jacky Chan for his guidance and the rest of the Lancaster Babylab Team, especially the lab manager, Dr Katharina Kaduk, for being so welcoming and helpful. I would recommend this experience to anyone with an interest in Developmental Psychology and those who are interested in research! 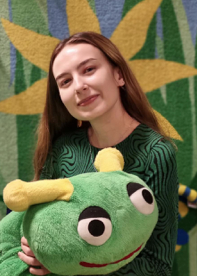 Phoebe is an undergraduate student studying Psychology at Lancaster University. She undertook an internship with the LuCiD Lancaster team in the summer of 2022.