My 6 weeks at Harvard

“Wheah’s the cah? Did you pahk it in Hahvahd Yahd?”

While this pronunciation probably doesn’t raise any eyebrows with our British readers, it is very distinctive to American ears, clearly identifying the speaker as a Bostonian. As someone with a side-interest in dialects, I couldn’t help but notice things like that during my six-week stay at the Harvard Graduate School of Education (HGSE).

My reason for visiting this world-famous institution was of course not a field study in modern urban East Coast dialects. I visited the labs of Catherine Snow, Meredith Rowe and Paola Uccelli to learn about the links between early language and academic success and about evidence-based interventions in pre-schools and primary schools, and to use this knowledge to develop a new study for our LuCiD work package – and I’m pleased to report that I achieved all of these goals!

Let me first tell you a bit about what I’ve learnt over the course of those six weeks, and then about the concrete projects that I have developed. 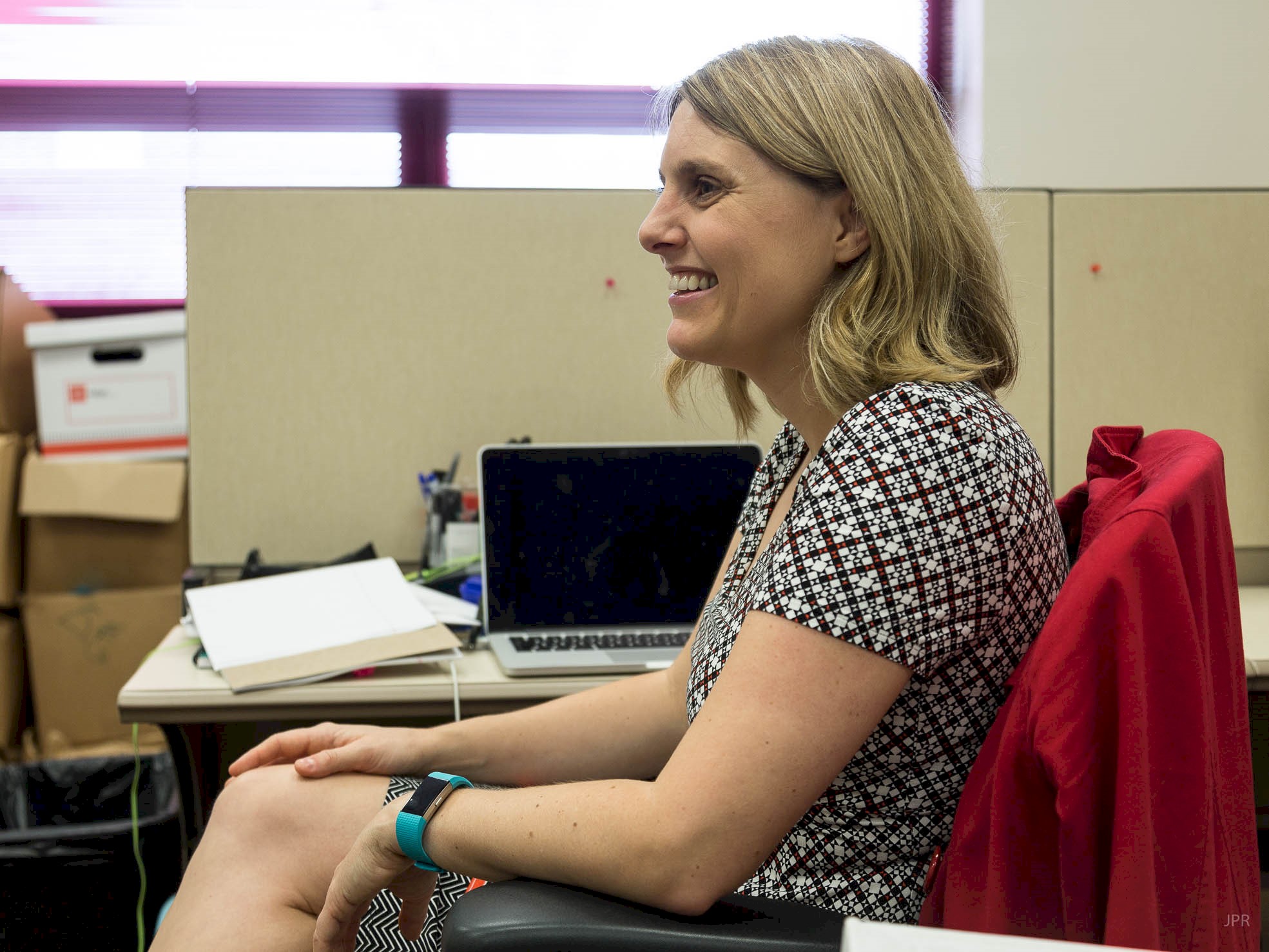 As an academic working on child language acquisition it’s easy to get absorbed by either the nitty-gritty details of experimental design (“should the duck’s colour on this picture be yellow or red?”), or the grand theoretical questions (“nature or nurture?”), all of which are admittedly very important. But during my visit I learnt a lot about how this research links up to “real life”: to children’s success in school and consequently their social and economic future.

In the graduate course “From Language to Literacy”, which I attended throughout my visit, Meredith talked among other things about the central role of language comprehension for later literacy outcomes, and the most efficient ways in which teachers can help children expand their vocabulary, which will in turn improve their overall language comprehension. The course was not only interesting because of its contents but also because of the diversity of the students: Many had been teachers before, and brought to the discussions their own experiences with teaching bilingual children, or children from disadvantaged backgrounds. While it may seem obvious what needs to be done in theory, it may be difficult to implement when you’re standing in front of the class. This is something we need to keep in mind when thinking about ways our research can be translated into practice.

The regular “Learning & Development Colloquium” had speakers from a range of professions give talks about such diverse topics as using interventions to increase parents’ understanding and use of decontextualized language with their children (a known precursor for later academic language skills in children), or influences on poverty on brain development in young children.

One important question recurred in all courses and talks: (How do we know) what works? As researchers we can (understandably!) get very excited about finding an effect in an experiment. But before policy-makers decide to spend millions of dollars or pounds on a programme, it’s important for them to know how large and robust (replicable) the effect is under varying circumstances.

Of course I did not only go to talks; most of the time I spent analysing and discussing the results of our experiment and developing new ideas for future studies.

I presented the findings of our study on children’s comprehension of complex sentences both in Catherine Snow’s and in Meredith Rowe’s and Paul Harris’ lab meetings, where I received lots of interesting and useful comments.

I used these meetings and conversations with individual researchers at the HGSE also as sounding boards for my ideas for an intervention study, with which we want to find out if children’s comprehension of certain types of complex sentences can be improved through a school-based intervention. The feedback that I received helped me finalise the study design during my time at Harvard, and we are planning to conduct the study later in 2017. Stay tuned for updates on this! 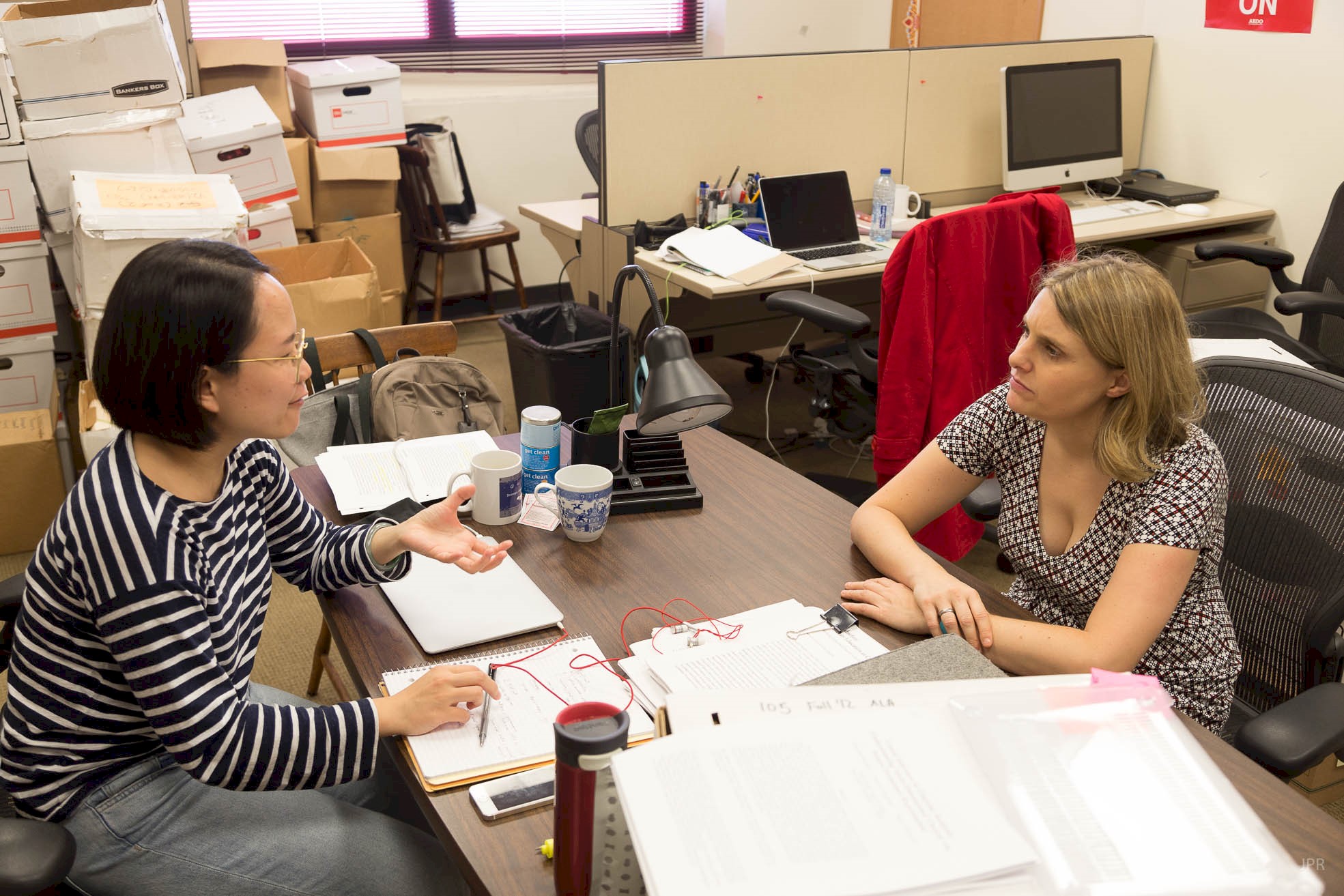 Two more projects emerged from my visit at the HGSE: Together with Si Chen and Ziyun Deng from Catherine Snow’s lab I am currently working on a Chinese version of our comprehension study to investigate to what extent children’s performance may be influenced by cognitive universals and language-specific distributive factors. I’ve also teamed up with Katie Leech from Meredith Rowe’s lab, who has developed an intervention to increase parents’ use of decontextualized language. Together we want to explore whether/in which way complex syntax usage may be indicative of decontextualized language in parent-child interactions.

The six weeks were full of rewarding experiences, but in the interest of the reader’s time I’ll only mention three other highlights of my visit: First, only knowing it from films it was quite exciting to experience everyday aspects of life in the US – for instance, I was very impressed by the effort and creativity people put into decorating their houses and gardens (see pictures).

Second, I attended the annual Boston University Conference on Language Development (BUCLD), which would deserve a whole blog post by itself. It was very inspiring to spend four days with so many other child language researchers and see such a range of topics, methodologies, and languages covered. 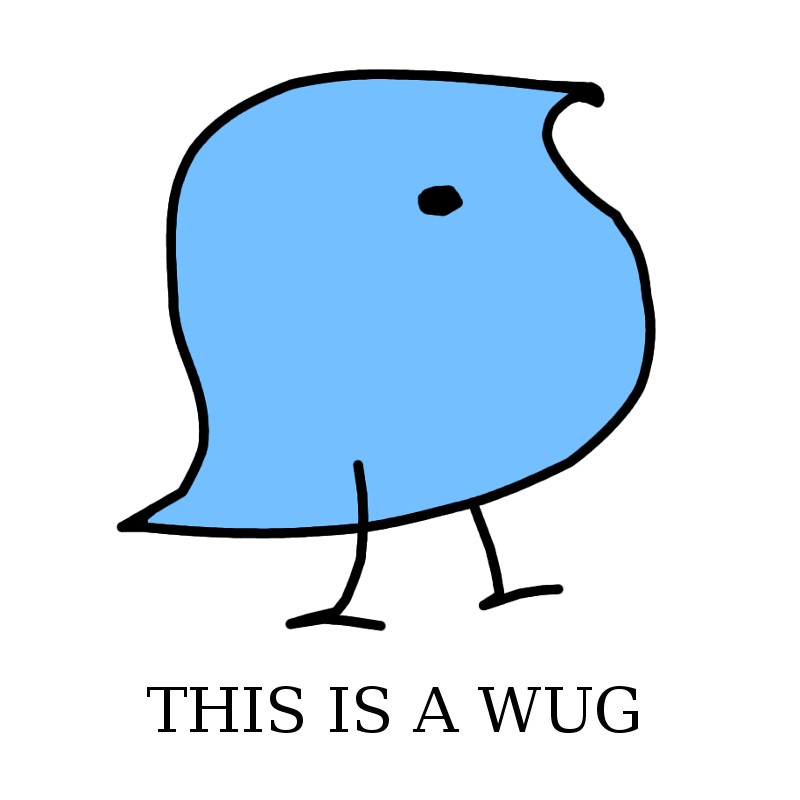 Finally, I personally met Jean Berko Gleason, the inventor of the famous Wug test at a tea party! I resisted the urge to ask her to pose for a selfie with me (I thought it would be a bit intrusive), so instead here’s a picture of her and a picture of a wug. (If you don’t know what a wug is, here’s a post by Jean in which she explains it).

I’d like to finish by thanking LuCiD for their generous funding through the LuCiD travel award which made this visit possible, and to my hosts Catherine, Meredith, and Paola, for making me feel so welcome and being so inspiring. I had a wonderful time in Boston – it was both productive and a lot of fun. I can only echo Rebecca’s sentiment here: It was over way too fast!

Laura is a postdoctoral researcher for LuCiD at the University of Manchester. Her research is will investigating the role of information structure in children’s developing sentence representations, with a focus on complex sentences, using both naturalistic data and experimental methods.